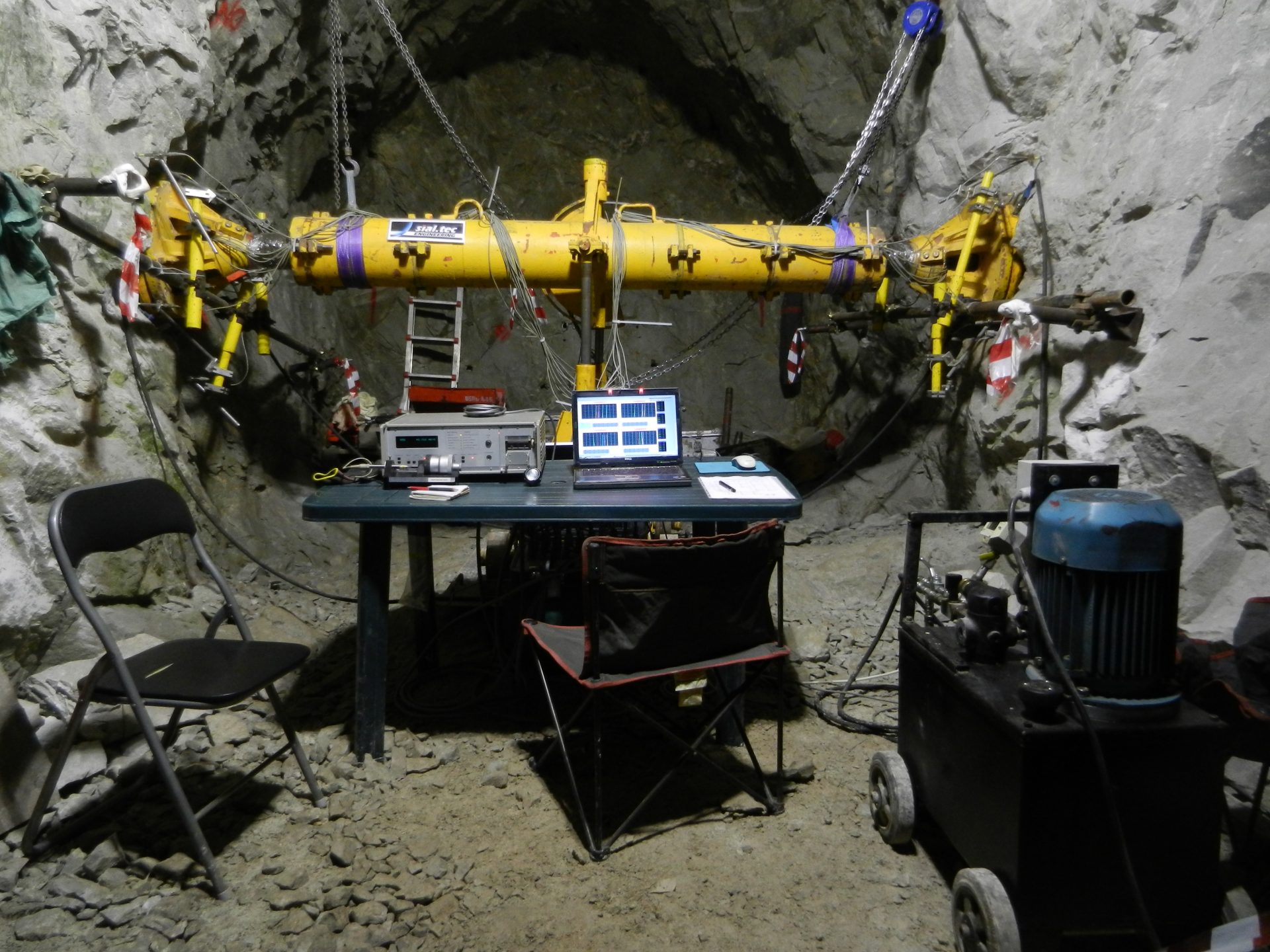 The aim of the test is the determination of the deformability characteristics of the rock (rock mass).

According to Client’s requirements, tests can be performed in different conditions:

Our know-how, our effective and versatile equipment, experimental/interpretation procedures make the test suitable for a large variety of situations:

According to Client’s needs, we can perform fast tests (duration of a few hour base order of magnitude, tipically 5-10 hours) or long duration tests (for the study of the viscous-elastic characteristics of the rock with tests lasting up to many days).